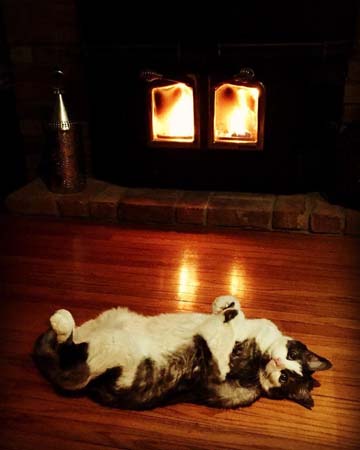 Hi, I’m Mio! More than 15 years ago, I was born in a bathtub with my brother Mao. My humans tell me that I was a “rescue,” which I assume means that I rescued them from their daily boredom. Mao passed away last year, so I’ve been on my own since then … which is awesome! I get all the attention now, though I do sometimes still sleep in his old basket. I like ham and fire and ham that’s been in fire, which is bacon. I’ve also been known to arm-wrestle for ice cream, which is why the smallest human in our house wrote a stand-up routine for school called, “My Cat Is A Bully.” I’m a star!

adminbloor | Pet of The Month